Writing is a process of discovery. Often, what the novitiate discovers, is how nearly impossible it is to tell a good story, though you burn with the fire of raw experience in need of a story. The master practitioner of the craft risks substituting technique for an intuitive engagement with the subject. How to get back the power of intuitive “seeing,” that is what concerns me.

In Women Who Run With The Wolves, Clarissa Pinkola Estes calls intuition a “treasure. It is like a crystal through which one can see with uncanny interior vision.” She is referring specifically to the psyche of a woman or a female character. In many folk tales, there is an old woman, known as a witch or a Wise Woman, who guards access to the power of intuition. She has to be approached carefully. An encounter with her can be dangerous to the supplicant. 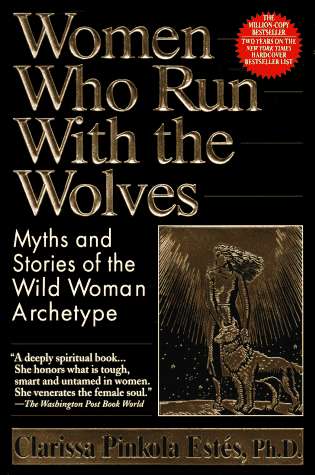 Any writer, I would say, can learn from the folktale Estes recounts as a means of illustrating how intuition can be re-found and managed.

Estes asks us to consider the eponymous story, “Vasalisa.” This Eastern European folktale opens with a young mother, who is dying, giving her daughter a doll and saying, “Should you lose your way or be in need of help, ask the doll what to do.” The girl is exhorted to keep the doll with her at all times, feed the doll when it’s hungry, and tell no one about it. The mother dies. The naïve father, after a period of mourning, marries a widow with two daughters. The three women envy Vasalisa’s worldly beauty and torment her, assigning her all the worst chores, work that she does sweetly, without complaint. To finally be rid of her, they let the fire go out in the hearth then send Vasalisa to the forest to beg the witch, Baba Yaga, for fire.

The doll gives Vasalisa directions through the dark and tangled forest. She is passed by riders on three horses, white, then red, then black, and then she arrives at a hut surrounded by a fence made of skulls and bones. The initiation process begins when the witch demands to know why she should give fire to the child when clearly the girl’s house had fire but let it go out.

Consulting the doll, Vasalisa offers the correct answer: “Because I asked,” implying that her artless honesty and refusal to feel sorry for herself will be rewarded. But, not so fast. First, Vasalisa must prove she’s worthy. The witch demands that Vasalisa perform certain chores or die in the witch’s cauldron. The doll advises that the girl rest and while she’s asleep, the doll cooks the food, sweeps the yard, and separates the mildewed corn from the good corn. The witch, satisfied, tells Vasalisa “You are a very lucky girl.” One especially difficult task remains. In a pile of dirt there are millions of poppy seeds. She is to separate the seeds from the dirt into two piles (learning to exercise discernment). Again the doll completes the task. This time for her reward, Vasalisa is permitted to ask questions. Baba Yaga explains that the white horse is day, the red horse the rising sun, the black horse night. When Baba Yaga tempts the girl to ask more questions, the doll interrupts, so  Vasalisa says instead, “No, Grandmother. As you yourself say, to know too much can make one old too soon.”

Baba Yaga is pleased and gives the girl a skull with fiery eyes on a stick and sends her on her way. At home, the stepmother and sisters, who’d expected Vasalisa to have been killed by the witch, admit that they’d been unable to re-start the fire while she was away. Back in the hut, the fiery skull burns the stepmother and two sisters to a crisp. All that is left of them is three little piles of cinders. This ash, if spread on fertile ground, at least has the potential to help regenerate life.

Estes goes on to explain how the story represents nine initiation tasks that must be successfully completed if the pathway to wise use of intuition is to be restored, starting with the inciting incident, the death of the too-good, over-protective mother, to the bestowing of the doll (the talisman that helps gain access and protects the innocent) to the necessary tormenting of the obedient child, who, thanks to this prodding, must now cross the threshold by leaving the safety of home and venturing into the dark and dangerous forest, where another threshold must be crossed, entrance to the witch’s hut, the place where the real ordeal must play out. 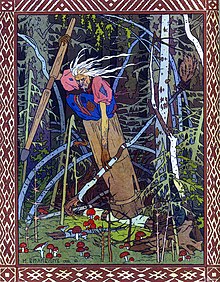 Explaining the story, Estes notes, “It is not intuition which is broken, but rather… the handing down of intuitive reliance… that has been damned.” Why? Because it is easier to throw away the light and go to sleep. In other words, easier to hide our fears behind a mask of obedience and to thereby cloak ourselves with the illusion that we have done well when in fact we have allowed the fire of seeing to dim or go out altogether. The fierce light burning through the skull’s eyes is a seeing light, but that seeing comes at a price: illusions fall away. The mask of obedience will no longer protect us.

Beseeching the power of intuition without first enduring the necessary initiation is like the fate of the beginning writer—you will be burned by the rawness of what you don’t have the means to turn into a story. The over-experienced writer risks allowing the performance that follows the initiation’s training to become an end in itself; the path back to the fire of seeing becomes tangled with a thicket of technique, substituting control for the power, but danger, too, of exposure.

This story is told as a means of guiding women back to a lost or hidden source of power. I see it also as a guide for writers, a map to help us find our way back to what makes storytelling necessary in the first place: the need to see fiercely coupled with the ability to put that seeing into story form so we won’t be destroyed by what we see.

One thought on “Intuition: A Rediscovery”

Join Me On Goodreads

2013 Scott Driscoll Blogs. All rights Reserved. Unauthorized use and/or duplication of this material, including text and images, without express and written permission from this blog’s author and/or owner is strictly prohibited. Short excerpts and links may be used, provided that full and clear credit is given to “Scott Driscoll" with appropriate and specific direction to the original content.
Loading Comments...
%d bloggers like this: