I did in a recent interview/article that will be posted on the Writers and Authors blog.

Why the flâneur? This is advice for writers, or for readers who want to think like writers. If there is one concept you need to master in order to achieve any sort of control over narrative distance, this is it.

First some background. This French word when it first came into use in the 16th and 17th century meant something like “stroller” but came to connote the idleness of a “loafer.” In the 1860s, poet Charles Baudelaire found a literary use for this expression.

The following quote is borrowed from Wikipedia : 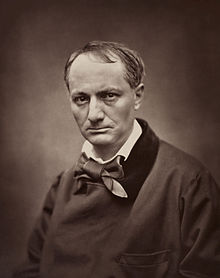 “To be away from home and yet to feel oneself everywhere at home; to see the world, to be at the centre of the world, and yet to remain hidden from the world—impartial natures which the tongue can but clumsily define. The spectator is a prince who everywhere rejoices in his incognito.”

Flaubert, author of Madame Bovary and a contemporary of Baudelaire, appropriated this idea of the flâneur to invent what became the modern way of telling a story.  Get rid of the omniscient, moralizing, pedantic voice that had heretofore narrated novels. Push instead an incognito loafer into the crowd of your story. Hidden from the scrutiny of other characters, not really a character himself (or herself) but more a “noticing” consciousness, this loafer looks left and looks right and reports on the doings of others, occasionally commenting.

How is this flâneur useful today?

Distance. It gives us distance.

With a flâneur narrating, you can remove the noticing consciousness from your point of view character to accomplish other purposes. This can be done with a  well place adverb, maybe an adjectival phrase that belongs to an observer more artful and wised up than your pitifully limited character. It can also take the form of scoping out the panoramic view before retreating into the foxhole of the anxious character’s immediate needs and desires.

Consider Joyce Carol Oates story, “ID”: “It made her feel stupid.  Not that she was stupid.  It was just that sometimes her thoughts were as snarled as her hair, her eyes leaking tears behind her dark-purple-tinted glasses—pre-scription lenses—so that she couldn’t see what the hell the teacher was scribbling on the board, not even the shape of it.”

You might say this subjective third person narration comes straight from Lisette, a middle school girl from a dysfunctional family.  But look more closely. What is the likelihood that “her thoughts were as snarled as her hair” or “eyes leaking tears” are observations coming from Lisette? I would contend, there is a flâneur at work.  This flâneur walks into this classroom with Lisette, stands beside Lisette, and lends a more artful depth to observations than Lisette herself would believably make. This is what I call an imbedded flâneur. 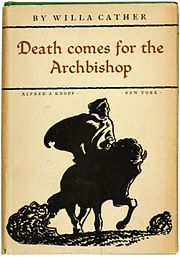 Another example. Consider Willa Cather’s Death Comes For The Archbishop.  Describing the ”hostile” country between Albuquerque and Taos, Cather tells us: “A European could scarcely imagine such hardships. The old countries were worn to the shape of human life… But in the alkali deserts the water holes were poisonous, and the vegetation offered nothing to a starving man.  Everything was dry, prickly, sharp; Spanish bayonet, juniper, greasewood, cactus; the lizard, the rattlesnake,–and man made cruel by a cruel life. Those early missionaries threw themselves naked upon the hard heart of a country that was calculated to try the endurance of giants.”  Our French born protagonist, Father Latour, has lived in this country, survived its cruelty. But is this the voice of an aging priest? Or is it a loafer wrenched from the crowds of Europe to drift incognito through the American southwest landscape, commissioned by Cather to observe, report and comment?

Once I understood that a flâneur would give me the distance I needed to tell my story without being trapped in my character’s foxhole, I switched the POV in my novel, Better You Go Home, from third person to first person and never looked back. The flâneur allowed me to turn away from my character as needed. Consider: “When it comes to sorting out identity, it’s the memories we don’t have in common that define us.  One of my father’s persistent memories, one he told me about in any case, was of waking in the loft above the stalls at night filled with dread.  When the heavy duvet would slip off and he’d wake up to the freezing cold, the first thing he’d do would be to listen for the “angel” breathing of his little Magda.  If he heard that, he’d then listen for the familiar snorting of the mare in the stalls.  If he heard that he knew the world was in order…”

Adopt a flâneur.  It will set you free.

4 thoughts on “Flaneur: Try it and Set Yourself Free” 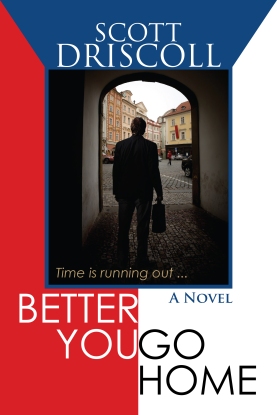 Join Me On Goodreads

2013 Scott Driscoll Blogs. All rights Reserved. Unauthorized use and/or duplication of this material, including text and images, without express and written permission from this blog’s author and/or owner is strictly prohibited. Short excerpts and links may be used, provided that full and clear credit is given to “Scott Driscoll" with appropriate and specific direction to the original content.
Loading Comments...
%d bloggers like this: